skip to main | skip to sidebar
The Class Website is www.stcoba.org. Has piles of info please check it out.

If it were not for Manoj Herath we would not have the Day 1 and Day 2 photos of the Royal Thomian (132nd). I had dropped the camera in the CH&FC club while stumbling back home on the second day of the match. Manoj Herath picked up the camera, informed Piyadasa the bartender that a camera was found.

On the evening of the third day of the match I went back to the CH&FC, Piyadasa the bartender informed me a camera had been found and a couple of days later I had the camera back.

Manoj plays hockey for CH&FC. He was one of the youngest Police SI's. Apparently he has been under interdiction for a few years. If anyone who reads this can help him get his job back, that would simply be great. You can contact Manoj Herath at 077-2290987. 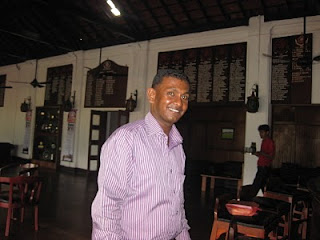 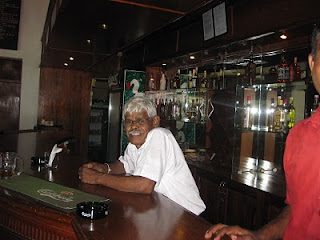 Do you know I played Hockey and Rugby for the CH&FC in the late 70s?? My pic (with the team) should be on the wall somewhere.